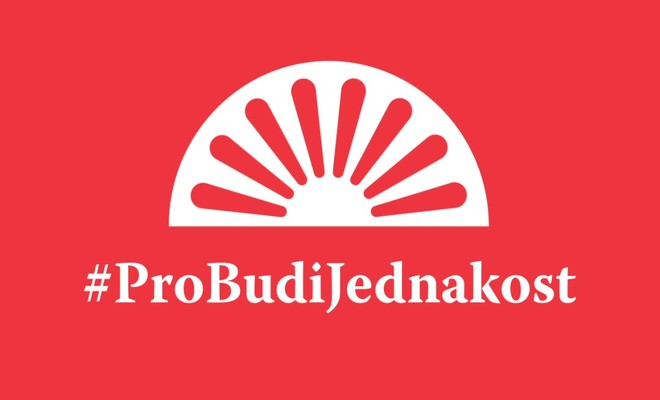 Arterarij, the Centre for Peace Studies, and the Roma youth organization of Croatia are launching Equality Weeks in Croatia!

Equality Weeks start in Zagreb on the 50th International Roma Day on April 8 with the play "POGLEDAJME" (eng. LOOKATME) by Roman Nikolić in collaboration with actors Severina Lajtman and Siniša-Senad Musić and the audio-visual exhibition "Jednog dana život će biti lijep" (eng. One day life will be beautiful) by Barbara Matejčić and Ana Opalić which can be visited from April 8 till April 24, 2021, at the ADU Gallery f8.

The play "POGLEDAJME" explores and speaks about identity, social relations based on the perception of identity, and the impact that a narrow perception of identity framed in prejudice leaves on people. It makes obvious what unites us, and ironizes, problematizes, and criticizes what seemingly separates us by presenting the consequences.

On the same day, the new actress in the play, Severina Lajtman, will participate in an interview with Melania Mešić, who acted in the previous version of the play. In the online conversation, both will share their experiences working on the play, the issues it opens up, and their discrimination in daily life.

Within one year, one in five Roma men/women experience discrimination. Therefore, through the Equality Weeks, which will be held between April 8 and June 30 in six cities across the country - in Zagreb, Slavonski Brod, Rijeka, Kutina, Čakovec, and Beli Manastir - the participating organizations want to warn of the consequences of discrimination and promote equality.

As part of Equality Week, the #ProBudiJednakost campaign will be carried out on social media, while interventions in public spaces will be held in local communities.