[ON THE HUMAN RIGHTS DAY NEW CRIMINAL COMPLAINTS] CPS Requests an investigation into the connection between the Ministry of Interior and men in black uniforms with balaclavas. 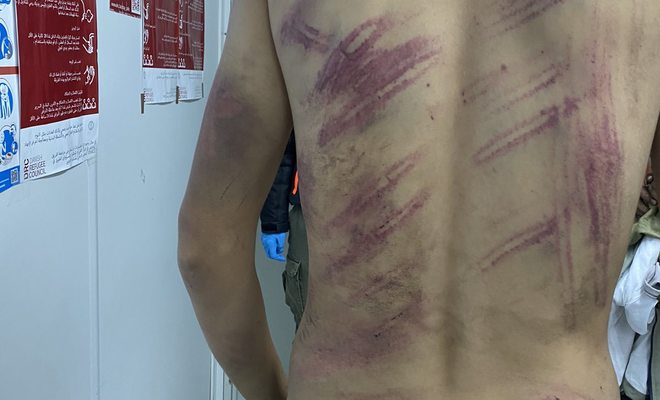 The Centre for Peace Studies marks International Human Rights Day with new criminal charges, for one of today's biggest human rights violations. The Centre for Peace Studies today filed two criminal complaints to the public prosecutors, for two separate cases, against unknown police perpetrators due to a reasonable doubt that they kept in detention 13 victims in total, two of whom were children, and then handed them over to ten armed men dressed in black uniforms, with balaclavas on their heads.

After that, the men in black uniforms tortured, humiliated and pushed back the victims from the territory of the Republic of Croatia to Bosnia and Herzegovina, and one of the victims was raped by one of the perpetrators. This was a case that the Guardian reported on, and last week Jutarnji list published the data that undoubtedly show that the Croatian police took action towards the mentioned victims.

In the first case, the victims, among whom was a child, were stopped in Slunjčica by the police officers from the Slunj police station and. According to the victim’s testimonies, they were detained in the police station for two days, where they were not given food, and they were allowed to go to the toilet twice a day. Afterwards they were taken to the Karlovac County Court as witnesses against the fifth member of the group. Their names, date and place where they were stopped are visible from the court decision – which confirms their statements. Also, this proves that they were under the direct control of the Croatian public bodies when on the same day the Croatian police transported them to an unknown location without any procedure and handed them over to armed men in black uniforms, with balaclavas on their head. Those armed men in black uniforms brutally tortured the victims and pushed them back to Bosnia and Herzegovina - beaten and almost completely naked.

In the second case, the victims suffered similar violations, as they were being tortured and beaten at the Blata railway station, after which they were kept in detention in the garage of the Ogulin police station, where they were not given food nor was it explained to them why they were there. Then, together with another group of refugees and other migrants, in the same way as in the first case, they were taken to an unknown location and handed over to men dressed in black uniforms who beat them, forced them to undress and lie on the top of each other. They threatened and ridiculed them while pushing them back to Bosnia and Herzegovina.

We remind that the Centre for Peace Studies filed a criminal complaint in July, requesting an investigation into cooperation between the Croatian police officers and armed men in black who most probably are members of the special unit or so-called Ministry of Interior’s operational action „Corridor“.

These cases once again confirm systematic violence and illegal expulsions carried out by Croatian police, which have become increasingly brutal over time. The role of the Croatian police should guarantee security, but in last four years we have witnessed just the opposite: Also, the lack of effective and independent investigations deepens the distrust of citizens in the institutions of the Republic of Croatia and endangers the security of all the Croatian citizens.

The Centre for Peace Studies calls on the competent bodies to conduct an effective investigation, so that the perpetrators of these crimes are sanctioned.