“Development cooperation must begin when the first bullet is fired” 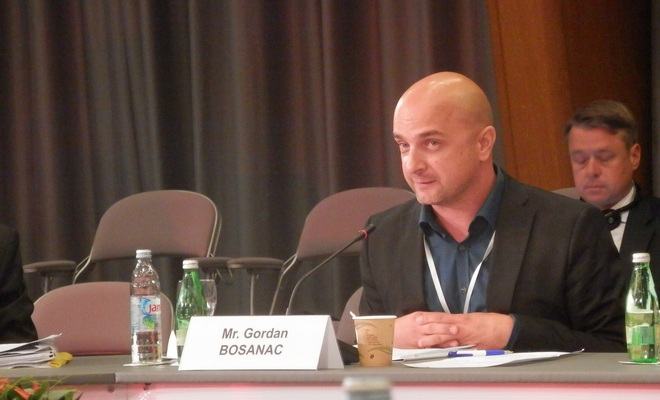 Assistant Foreign Minister Vesna Batistić Kos said at the final panel of Croatia Forum 2015 titled “Lessons Learned: Hidden Dangers and Solutions” that Croatia’s experience in providing and receiving development assistance was invaluable and that small donors like Croatia manage their development means more cautiously, warning that there was not enough strategies to institutionalize first-hand experiences into permanent know-how.

Recalling Srebrenica anniversary, Assistant Minister of Veterans’ Affairs Bojan Glavašević noted the recent adoption of the Act on Rights of Wartime Sexual Violence Victims, describing the process of its passing as difficult, but also as an important step towards including women victims in legal recognition that is already becoming a model for other post-conflict countries. His appeal to include women in development process was echoed by Brigadier General Gordana Garašić, whose experience in working on integrating civil society women in recovery process in Afghanistan speaks to the importance of the role women have in development cooperation.

ISIS would never have risen to power if the west had reacted against Saddam Hussein’s regime, said Safia Taleb al-Suhail, Head of Europe Department at the Iraqi Ministry of Foreign Affairs, warning of the existential threat said terrorist group posed to her country and the neighbourhood, which had to be fought with both cultural and military means.

Eightysix percent of the world’s refugees are in developing countries, said UNHCR Representative to Croatia Terence Pike, adding that Croatia’s experience with accommodating a large number of refugees in midst of war in the country provided valuable guidelines for many African and Middle East countries dealing with the same problem.

Investing in health, education and welfare of children in crisis situations is a necessary precondition for building stability in the future, said Lesley Miller, Senior Regional Advisor for Partnerships, UNICEF Regional Office for CEE/CIS, while Senior Programme Coordinator at the UNDP Istanbul Regional Center Elena Panova reiterated that every wasted investment was also a wasted opportunity.

The importance of investments was also addressed by World Bank Group Country Manager Carlos E. Piñerúa and Vice President for International Affairs and EU at the Croatian Chamber of Economy Želimir Kramarić, who underlined that recovery of conflict-ridden and lower-income countries required new jobs and inclusive growth of private sector.

The effects of development aid are lost without a dialogue with the local community, said Efka Heder, Director at the South East European Centre for Entrepreneurial Learning and Ana Uložnik, Director of the Cardinal Stepinac Children’s Home in Haiti, adding that when allocating development aid each country and region should be evaluated differently.

The importance of local cultural factors in development cooperation was underscored by Salkan ef. Herić, Head Imam of Majlis of Islamic Community Dubrovnik, and Sanja Tabaković, representative of the Jewish national minority in the City of Zagreb, adding that the precondition was partnership were strong and transparent institutions as well as the rule of law.

“Development cooperation must begin when the first bullet is fired,” said CROSOL President Gordan Bosanac, adding that dealing with crisis situations and recovery process required a timely engagement in cooperation with the civil society.

Director of the Slovenian Institute for African Studies Eyachew Tefera recalled the post-colonial institution building process in cooperation with donor countries, highlighting the need to combat xenophobia in Europe.

“In effectiveness is a bigger problem in development cooperation than corruption,” said Igor Pellicciari, Tenured Professor at the University of Salento, adding that the development community still had to define an institutional framework for the exchange of expert know-how on cooperation strategies.

The panel was moderated by Marcus Cornaro, the European Commission’s Deputy Director-General for International Cooperation and Development.