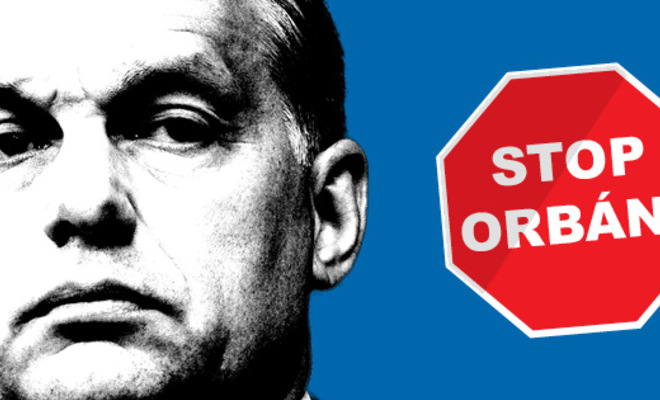 Although the HDZ’s Members of European Parliament recently supported Orban in the European Parliament, the Prime Minister Plenković should insist on condemning the Hungarian human rights violations during the today’s meeting with Prime Minister Orban in Zagreb – this is the joint message by civil society organisations: Human Rights House Zagreb, Center for Peace Studies, Croatian Platform for International Citizen Solidarity - CROSOL, GONG and the Welcome! Initiative.

Prime Minister Orban, who is visiting Zagreb as part of the meeting of the member countries of the Central European Initiative, is a populist and autocratic politician who, under the guise of protecting national interests and Christian values aims to create an closed and undemocratic society where him and his oligarchs will be able to continue gaining profit through corruptive practices and abuse of public goods without being challenged.

The Republic of Croatia has an obligation to call for the respect of universally accepted human rights standards, which ultimately is one of the objectives of foreign policy. As a member of the UN Human Rights Council, Croatia has a duty to warn Hungary of the harmfulness of illiberal policies and it is in its national interest to support democratic developments and respect for human rights in all of the countries of Central and Eastern Europe.

Prime Minister Orban and his party FIDESZ conducted a series of policies that systematically undermined the democratic foundations of the Hungarian state and society and have turned the country into an illiberal democracy. Orban's government systematically destroyed the independence of the Hungarian judiciary, attacked independent journalism and media, criminalized and harassed Hungarian homeless citizens, and have exercised inhumane and unlawful treatment towards refugees and asylum seekers.

In Orban's Hungary, democratic institutions are “held hostage” by FIDESZ's “puppets” and its clientelistic network implementing policies contrary to the fundamental values ​​of the European Union – respect for democracy, the rule of law and human rights. The Orban’s regime systematically strives to silence all the critical voices in the country. In the past few months, the Hungarian Government actively works on the reduction of academic freedoms, imposing legal restrictions and intimidating critically oriented civil society organizations. The result is worrying: gender studies have been banned at all universities, the Central European University was forced to leave Budapest, and civil society organizations are publicly declared as foreign mercenaries and are now facing draconian tax burden.

Condemnation of these policies by the European Parliament should be a sufficient signal to the Croatian government and Prime Minister Plenković that Hungary’s model is not the one to follow.

These harmful and dangerous policies must be challenged and openly condemned in order to prevent the "import" of the illiberal and anti-democratic models from Hungary and Poland, as we witnessed earlier in 2016.