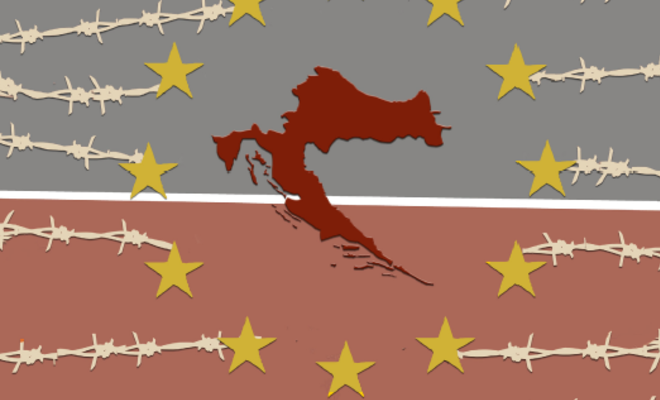 Together with a number of NGOs such as Human Rights Watch,  Are You Syrious / Centre for Peace Studies, and Amnesty International, the Border Violence Monitoring Network has been working to document  illegal pushbacks and police violence along the EU’s external borders in the Western Balkans since the formal closure of the route in 2017. While the existence of systematic illegal pushbacks along the Croatian and Hungarian borders with Serbia and Bosnia is evidenced extensively, this report focuses on the increasing violence that is applied to refugees and migrants under the framework of the Croatian case.

By analyzing data on violent pushbacks across Croatian borders in the course of 2019, the report demonstrates how the systematic violence by Croatian authorities constitutes clear and purposeful cases of torture or cruel, inhumane and degrading treatment. More than 80% of our case reports collected in 2019 contained one or, in most cases, multiple features of violence indicating either torture or cruel, inhumane and degrading treatment. Focusing on six patterns of abuse and misconduct by Croatian authorities identified from within our data, case reports are summarized and analyzed alongside existing domestic and international legal mechanisms. The result is an inventory of systematic practices of torture and cruel, inhumane or degrading treatment ranging from physical force (like violence, abuse and disproportionate force as well as abusive use of Electric Discharge Weapons) to psychological violence, humiliations and threats (such as forced undressing for an extended periods of time or excessive force with firearms) to brutality during detention or transport (such as detention lacking basic facilities).

Given that torture and cruel, inhumane and degrading treatment is prohibited in Croatia under several international and domestic law sources that Croatia has ratified – including the European Convention on Human Rights as well as the Croatian Constitution – we argue that Croatian authorities have not met their obligation to refrain from torture and ill-treatment. Additionally, as existing allegations have not been effectively investigated (investigations by the Croatian Ombudswoman have been obviated the withholdment of information by state figures), Croatian authorities have failed to fulfill the positive duties imposed on them, including launching effective investigations into the potential breach of human rights.