Croatia can do better! 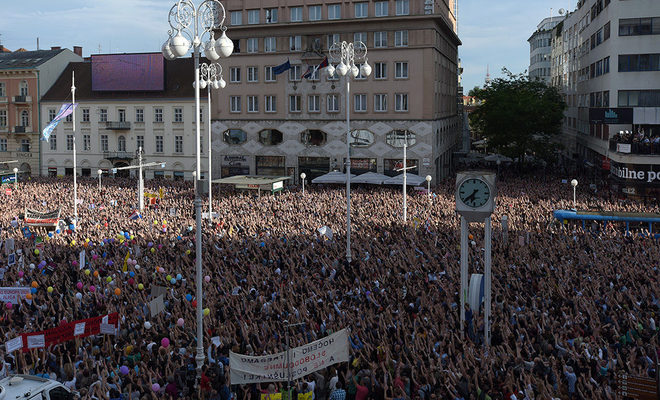 "Croatia can do better" was the message sent by more than 50,000 Croatians who demonstrated in the main square of the capital Zagreb on Wednesday, in support of the long-overdue educational reforms and the expert group leading the design and planning of the reform for the last 14 months.

The educational reforms, set to be implemented in their first phase this September 2016, were put into question when the new right-wing government slashed funding for the Ministry of Education in March, and members of parliament began  inserting their individual wishlist of ideologically-based topics and themes, focused primarily on increasing the amount of religion and nationalism in the curriculum. The protests on Wednesday were sparked when the expert group of technocrats leading the reform withdrew from the process as a result of government blackages and interferences, sparking public outrage and support for the expert group to be allowed the independence and freedom to continue the process they had begun.

In addition to Zagreb, protests also took place in  in 12 other Croatian cities and 10 cities around the world.

Initiative "Croatia can do better"  requested:

The freedom of educators to complete the work of the comprehensive curricular reform without pressure or ideological censorship,

that the Parliament unanimously adopt the Conclusions on the support of this reform and the model designed by the expert group, and reject the conclusions of the Parliamentary Committee for Education,

that Parliament adopt a resolution declaring education a national strategic interest, and thus oblige the current and subsequent governments to follow through with national plans for education

that the Government and Minister of Education Predrag Šustar provide the financing and autonomy to implement the educational reforms.