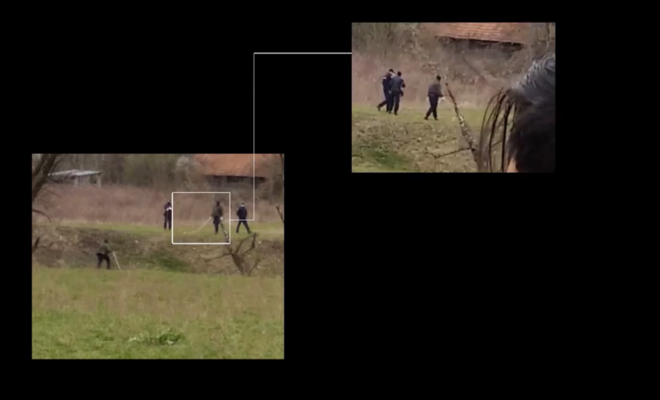 It is more likely that the establishment of an independent border monitoring mechanism was prompted by the letter from Commissioner Johansson since it is rather clear that the Croatian government only responds to pressures from the European Union.

1. This is not the second wave of unfounded accusations, but a confirmation of testimonies collected through the past four years, and a result of a complete absence of independent and effective investigations. This video is just one of many, and the Ministry of Interior is again just dismissing the accusations instead of initiating an investigation.

2. When you beat asylum seekers or deny the access to international protection system you are violating national and international law and human rights. It is worth reminding that crossing the border irregularly constitutes as a misdemeanour. Violence is unacceptable, and it is especially unacceptable that anyone's human rights are violated because of a misdemeanour.

3. Behind these testimonies, recordings and reports, there are no conspiracies, there are shared by numerous media outlets, institutions and organisations, including the Border Violence Monitoring Network, which has two members from Croatia - Are You Syrious and the Center for Peace Studies. The Center for Peace Studies has been providing support to refugees in Croatia for more than 15 years, contrary to the Ministry of the Interior's claim that organizations that speak out about violations of the human rights of refugees and other migrants do not operate in Croatia.

4. Centre for Peace Studies is contacted every day by people who want to seek asylum and who are on Croatian territory. Contrary to the Ministry of the Interior's claims, these are most often groups of families with very small children and other vulnerable people (pregnant women, people with disabilities). After informing the Ministry of the Interior about their location, data expressed intention to seek asylum and the need for urgent medical assistance, we are often informed within a few hours by the same groups of people in search of security that they have been denied asylum and medical assistance and that they were pushed back to Bosnia and Herzegovina. The Ministry of Interior, however, claims that they could not locate the mentioned groups.

5. The black uniforms seen in the published video have also been described in numerous pushbacks cases that happened this year, and correspond to the description of police officers who are taking part in so-called Operation Corridor described in the testimony of an anonymous police officer for the net.hr.

So far, the Ministry of the Interior has quickly denied all the accusations, claiming that there is no evidence. However, we ask once again,  where are the recordings of police misconduct, such as the one which was made and disappeared three years ago, after the tragic death of little Madina,  whose family now seeks justice at the European Court of Human Rights.