Organizations along the Balkan routes: Together against push-backs 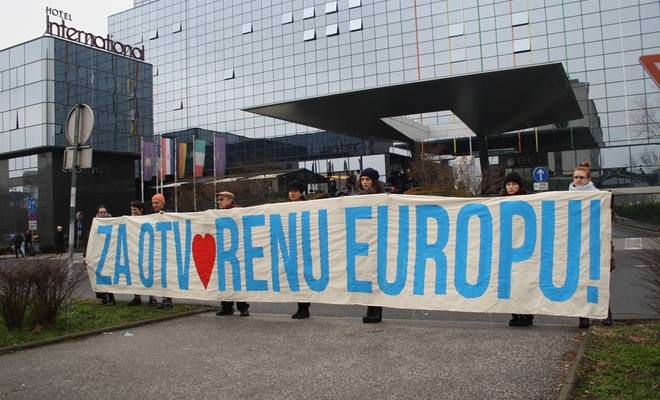 In the Balkan countries, along the migrant routes, pushing of people from one to another neighboring country and more often chain pushing backs of people through more states, have become common practice.

So-called pushbacks are happening on a daily basis across Balkan’s countries, often with the use of force, seizure of personal belongings, harassment and humiliation of refugees and migrants.

Especially concerning issue presents the fact that children and unaccompanied minors are victims of above-mentioned practices, who are together with other asylum seekers often denied access to fair asylum procedure.

These actions are usually conducted by the border police, during the night, but also more and more often in the daytime.

According to the APC data, from the beginning of the year until September 19th, it is recorded over 1256 individual pushbacks to Serbia from neighboring countries, mostly from Croatia (over 472) and from Hungary (over 485).

The public is almost completely unaware of this practice. It is not much spoken about that in the local media either. Due to the scale of inhuman and illicit treatment towards one of the most vulnerable group of people, such as refugees and migrants, that exceeds experiences from the previous years, it is necessary to make an urgent appeal concerning competent institutions to halt actions in which refugees and migrants are becoming not only victims of the smugglers, but also victims of the state officials.

Many of the refugees are coming to the Balkans and are moving along the Balkan routes in search of protection from the violence and persecution in their countries of origin. They don't have a place where they can return because their homes are destroyed and their lives endangered due to the violence and persecution done by various armed groups. Among them, there is a multitude of children and women, but also teenagers and young people chasing better and more peaceful life.

None of them deserves to be exposed to the violence, brutality, nor to the cruel and humiliating behavior from anyone and certainly not from the state representatives.

The mentioned conduct of the border police can be seen as the unlawful attempt of controlling migrations. Nevertheless, the alternative does exist, and lies in implementation of the existing laws and legal procedures, that comprise free access for the migrants, functioning asylum system and functioning asylum procedure.

We appeal to the state institutions to respect their domestic and international laws and to implement them.

We appeal to the international organizations to strongly condemn same unlawful, violent, inhumane “push-back” and “denial of access to asylum” practices and to initiate all available mechanisms in order to support mentioned governments to take measures to prevent and stop these practices confronting European civilization values the and values of the time we live in.