The Annual Report of the (Independent) Monitoring Mechanism, as per the instructions of the Ministry of the Interior 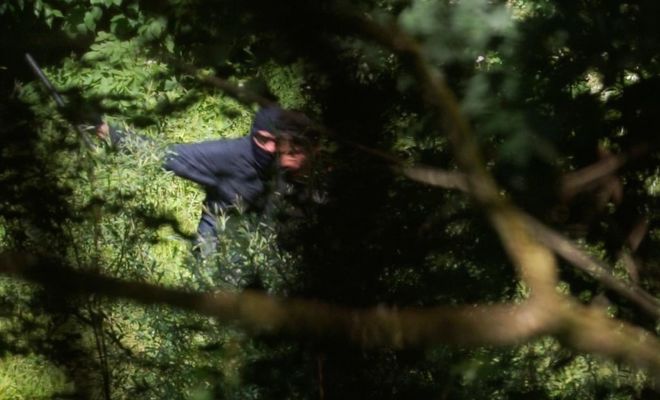 The annual report of the so-called Independent Mechanism for Monitoring (IMM) the actions of police officers of the Ministry of the Interior (MoI) in the area of illegal migration and international protection for the past year was published on Friday, July 1st, 2022, illustrating all the shortcomings of the monitoring system itself.

In the places where police conduct most requires monitoring, the (independent) monitoring mechanism does not have the ability to do unannounced spot checks without the prior notice and control of those who are supposed to be monitored. The IMM reported that "persons in dark uniforms" illegally expelled migrants from the Croatian territory. It also determined that members of the police did in fact illegally expel migrants as well, but that this only happens around suspected mine-fields, and only that one time when it was captured on video and broadcast by RTL television.  The other cases of violent and illegal expulsions are referred to as difficulties faced by migrants.

For quite some time now, we have been alerting the Ministry and public that the so-called Independent Monitoring Mechanism is not effective because it does not have access to precisely those places where pushbacks take place: primarily green border areas where, according to relevant reports, about 90% of pushbacks in the last 6 years have occurred.

Namely, as the Report states (although contradictory claims are made in the report), the Mechanism does not have the power to make unannounced visits to the green border areas, nor does it have access to the information system of the MoI. In other words, the (Independent!) Monitoring Mechanism supervised the actions of MoI police officers, and we quote: “IN THE PRESENCE OF AUTHORIZED MoI OFFICERS OF THE MOI AND IN LINE WITH THEIR INSTRUCTIONS."

The Independent Monitoring Mechanism casually mentions that "illegal conduct of Croatian police officers towards migrants was registered (e.g. use of force) aimed at their forcible return,” however qualifies this illegal expulsion as one of the “difficulties” that migrants “face”, and not as potentially criminal acts and illegalities, the supervision and prevention of which was precisely the main purpose behind the creation of the Independent Monitoring Mechanism. In a similar vein, the IMM Report mentions, in passing, that numerous migrants described that "force had been used by persons in dark uniforms without insignia, wearing balaclavas (ski masks) and carrying batons." This is the same description given by victims of pushbacks over the last three years when describing individuals who tortured them, and to whom they were handed over to by Croatian police officers wearing Croatian police uniforms.  The three criminal complaints filed by the Center for Peace Studies are precisely about the actions of armed officers, dressed in black and wearing balaclavas, exactly the same outfits that can be seen in the videorecording made by Lighthouse Reports investigative journalists, for which it has been proven that the individuals were police officers.

The few instances of pushbacks that the Mechanism recorded were "on the basis of information received from the MoI" and from television, referring to the RTL footage of pushbacks and beatings of migrants at the Croatian border. Based on information obtained from bodies that the Mechanism supervises, the MMI established that police officers illegally expelled people in mine-suspected areas, a fact it then tries to downplay by describing these as situations in which the "MoI misinterprets relevant regulations."

The independent monitoring mechanism needs to be reformed; you can read our analysis of this mechanism and proposals for ensuring its independence and effectiveness here.