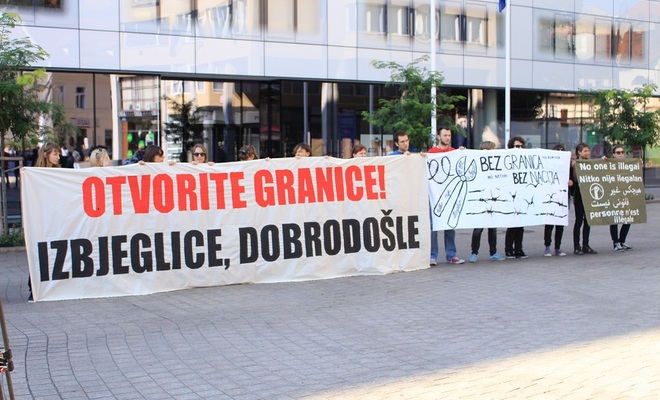 Activists of several non-governmental organisations on Saturday staged a rally in Europe Square in downtown Zagreb to protest against the current asylum policy of the European Union accusing the EU of giving a slow and inadequate repose to the ongoing humanitarian crisis caused by a larger influx of migrants fleeing war-hit areas in Asia and northern Africa.

Protesters carried banners with messages "Open the Borders, Refugees are Welcome", and the rally was held within "RefugeesWelcome" mobilizations this weekend throughout Europe.

The protesters warned that the EU was closing the borders instead of providing assistance for refugees and that it was ordinary people in EU member-states who organised humanitarian actions to show solidarity with and help migrants.