Position for the la Valletta Summit: A dialogue between African and EU countries or a monologue of the EU? 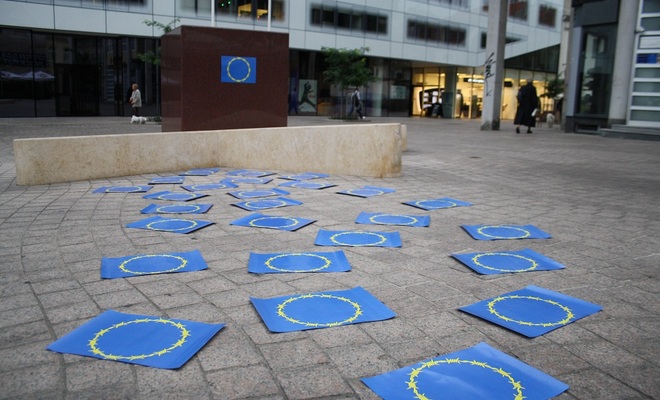 This Shadow Position was prepared by experts on asylum issues, human rights and peace-building policies of the „Welcome“ Initiative, coordinated by the Centre for Peace Studies. The Position refers to the upcoming „Conference on Migrations“, which is to be held on November 11 and 12 in Malta.

Although migrations and the plight of people at the borders of the European Union are no longer news, an exceptionally high number of deaths in 2015, as well as the ongoing humanitarian crisis, have prompted the European Commission to intensify the process of finding responses to these challenges. The upcoming summit is only one of many such meetings with the goal of establishing active cooperation between African and European countries, with the goal of establishing control over the influx of unwanted migrants to EU territory. Therefore, we expect the participants of the summit to demonstrate a high level of political and moral accountability in decision-making, since the decisions made will impact thousands of human lives, including the right to life and security as such. The securitizing approach which was assumed thus far and has resulted in undue and counter-productive criminalization of migrations, increased risks of travel and the strengthening of human-smuggling networks is not and cannot be the future direction for the European Union to assume. We expect and appeal to equitable partnerships and decisions based in a humane vision and effective practices of respect for human rights and the freedom of movement, preservation of stability, peace building, and development cooperation based in the principle of human security.

We demand and expect from the summit participants/decision-makers the following:

-Cooperation and support, instead of conditionality in mutually finding sustainable solutions for all persons who have abandoned their homes, as well as ensuring alternatives to emigration in sending countries by contributions to society-building, quality of life and conflict prevention. Any form of conditionality for development aid through political demands, such as preventing migrations, enforcing stricter border controls or affirming readmission contracts cannot be acceptable. The fundamental tenets of development cooperation (as well as the newly-adopted UN Sustainable Development Goals) entail strengthening the political sovereignty of aid recipient states and the realization of individual freedoms of all people, especially vulnerable groups, including persons in forced migration. Long-term developmental strategies aimed at ensuring dignified living standards for all people are not possible with systematic and categorical attempts at limiting migrations, since the movement of people is an integral and complementary part of international economic development.

-Access to equitable and fair asylum systems in each country that has signed the 1951 Convention relating to the Status of Refugees and respect for the binding principle of non-refoulement as an integral part of customary international law. International obligations for the provision of international protection in EU countries need to be advanced and the further externalization of border control and asylum systems stopped. The externalisation policy enables EU Member States to assume a clear position of power, effective reduction of their exposure to asylum seekers, refugees and migrants and the redistribution of their asylum requests to other countries. Outsourcing asylum procedures to countries with low standards of human rights protection, as well as the introduction of “missions” into delicate asylum procedures, exemplify practices that run contrary to the intents of the Refugee Convention.

-Ensure safe corridors and access to EU territory in order to reduce the number of migrant deaths and prevent the violations of their rights during the travel. The causes of the international humanitarian crisis we are witnessing now are manifold and include the asymmetry of development, political and financial power, climate change, wars and instability. Differentiating between refugees and economic migrants in the present-day context is a false dichotomy of sorts, which is why an approach and legal framework based on the differentiation cannot provide adequate responses to the reality of the political situation or to its permanency. Restrictive policies towards “economic migrants” lead to ever more irregular migrants, exploitation and human rights violations, in addition to fostering the perception that migrations present a threat instead of an opportunity. This in turn enables fear to be used to manipulate the European public. Visa regimes need to be softened and the migrant workers and their families ensured adequate rights, including specific measures stemming from their special status, such as family reunification, affirmative scholarships etc.

The ongoing humanitarian crisis has also become a crisis of the European Union. Therefore, it should be restated that the EU must initiate negotiations with international subjects in order to establish secure corridors to its borders, abandon or at least suspend visa regimes and the Dublin Regulation and activate temporary protection mechanisms.