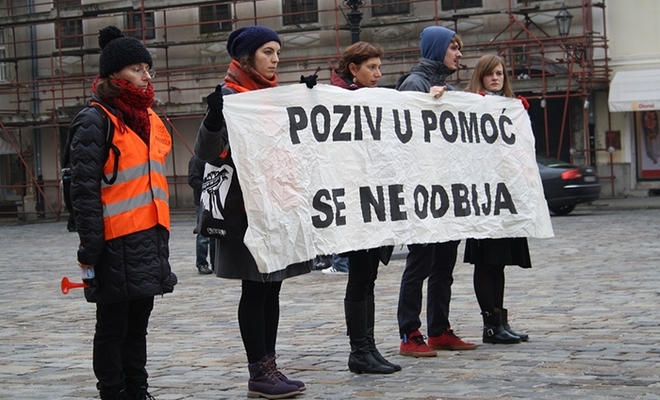 The NGOs Centre for Peace Studies and Are You Syrious, sent an open letter to Prime Minister Andrej Plenkovic, on behalf of Forum2020, asking him to push for a reform of the Common European Asylum System (CEAS).

Forum 2020 emphasizes that the instability and insecurity we are currently witnessing at the EU's external borders are a direct consequence of the inadequacy of past EU policies. Primarily: harmful treaties with countries such as Turkey and Libya, countries that violate human rights and develop their political advantages through blackmail, all the while undermining fundamental values such as respect for human dignity and the rule of law - values which the EU is still obliged to protect.

"Given that in your announcements of the presidency, you said the Croatian government would push for a reform of the Common European Asylum System and better cooperation with third countries, which includes Southeast Europe, Forum 2020 believes your first step in the context of the latest situation should be in that direction," Forum 2020 says in the letter to Plenkovic.

One third of the Presidency is behind us, and given the situation we are facing, it is responsibility of PM Plenković to keep his word on this important topic and put the matter of reform of the Common European Asylum System on the agenda. The Common European Asylum System (CEAS) must be human rights-based, have clear objectives, and eliminate the malfunctions of the existing system. Finally, any reform of the CEAS must protect and empower rather than diminish the rights of asylum-seekers and refugees.