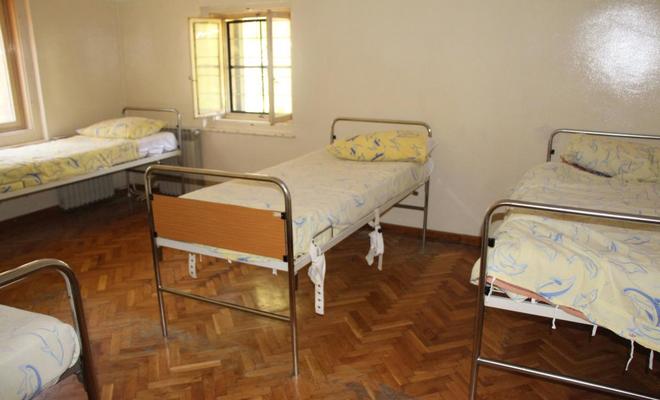 Croatia’s government should end the confinement of children and adults in institutions, five disabled people’s and human rights organizations said today in a letter to Prime Minister Andrej Plenković. Despite some initial progress, the process of moving people out of institutions and into community-based living has stalled, the groups said.

Based on government figures for 2017, more than 7,800 adults and children with disabilities live in state-run institutions. More than 2,000 others live in privately run but state-funded institutions. These include smaller institutions called family homes, which house up to 20 people with intellectual or psychosocial disabilities, or mental health conditions. It is unclear how many others live in long-term care in psychiatric hospitals without their consent.

“The Croatian government should follow through on its promises to respect the rights of everyone who has a disability to live independently and make their own choices,” said Emina Ćerimović, senior disability rights researcher at Human Rights Watch. “The government helped make this a reality for hundreds of people and should build on this experience for thousands of others.”

According to official data, between 2011 and 2016, the government provided support for approximately 700 people to move out of state-run institutions and into organized housing in the community.

“The Croatian government needs to move more quickly to meet its obligations under the international disability rights treaty, which it ratified a decade ago,” said Human Rights House Zagreb’s Ivan Novosel. “This includes removing all legal and societal barriers that prevent people with disabilities from taking an active and full part in society.”

The government’s figures show that as of April 2018, more than 2,455 adults with disabilities were living in foster care. On May 21, the government published a draft Law on Foster Care that would give priority to placing adults with disabilities in the foster care program, including without their consent. Foster care cannot be considered independent living in community for adults as required by the disability rights treaty, the organizations said.

Both the United Nations Committee on the Rights of People With Disabilities and Croatia’s Ombudswoman for Persons with Disabilities have criticized placing adults in foster care.

“Under the international disability rights treaty, Croatia must respect the right of all people with disabilities to live independently in the community, regardless of their impairment, support needs, or age,” said Ines Bulic Cojocariu, deputy director at the European Network on Independent Living. “The government should develop and adequately fund community-based services. Instead, the government continues to place adults with disabilities in institutions and foster families against their will.”

People with psychosocial disabilities in psychiatric hospitals and those in foster care remain excluded from the government’s deinstitutionalization efforts.

Many people with intellectual or psychosocial disabilities end up in institutions or foster care because they are denied legal capacity or the right to make basic decisions for themselves. A guardian makes some or all decisions for them. About 18,000 people with intellectual or psychosocial disabilities are under some form of guardianship in Croatia.

“Guardianship and other forms of restricting the right to make decisions are inconsistent with Croatia’s human rights obligations,” said Jyrki Pinomaa, president of Inclusion Europe. “Croatia should be restoring legal capacity to people under guardianship and implementing supported decision-making systems that respect the autonomy, will, and preferences of each person.”

The Convention on the Rights of Persons with Disabilities guarantees the right of everyone with a disability to live independently and to be included in the community, regardless of their disability, wither they have multiple disabilities, or whether they need a high level of support. The freedom for individuals to make decisions and control their lives is essential to living independently, the organizations said. In December 2017, the Council of the European Union called on EU governments to ensure that everyone has the right to live independently within their community and to play an active part in society.

“Croatia should mark the 10th anniversary since ratifying the disability rights treaty by reforming laws and policies to meet its obligation under the treaty, including to ensure the right of all persons with disabilities to live in the community and make their own decisions on where and how they want to live,” said Cvijeta Senta of the Centre for Peace Studies.