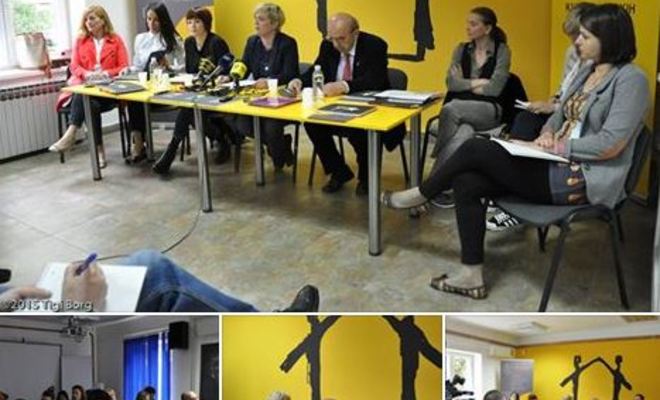 Due to the protracted economic crisis, a growing number of people in Croatia are entering a zone of absolute poverty, while the authorities and politicians are refusing to face that problem or deal with it in a systematic and constructive way, Milena Romic of the Human Rights House said in Zagreb on Thursday.

Presenting the Annual Report on the Human Rights Situation in Croatia in 2014, Romic said that the human rights situation did not improve significantly in 2014, as far as the political context was concerned. That context remained as poor as before, with problems inherited from the past, and despite modest flashes of progress, the political paradigm did not change.

"Everything was soon overshadowed by old divisions," Romic said, noting that this was due to "symbols and rhetoric of the past" that were imposed on Croatian society year after year. "This year the image of the tent was imposed and unfortunately it has become a space and a mental framework for the development of human rights in Croatia," Romic said.

She warned that even though the Constitution defined Croatia as a welfare state, the country was sinking more and more into a zone of inequality, exclusion and discrimination. She noted that some terms and words, such as solidarity, workers' rights and equality, had been totally banished from political discourse.

The situation becomes even more discouraging if one looks at vulnerable social groups and those who are discriminated against, she said.

Apart from the vulnerable groups that were pointed to in previous reports - persons with disabilities, ethnic minorities and women - the country is faced with an increase in new vulnerable groups such as workers who are not paid for their work, young people and children, and debt slaves, Romic said.

Also, due to the worsening of the economic crisis and strengthening of neo-conservative traditional values, this year Croatia has witnessed discriminatory attacks on women and their reproductive rights, while serious cases of domestic violence continue to occur.

The most disheartening fact is the poverty of children, which is increasingly frequent.

Speaking of progress in human rights protection last year, Romic mentioned the adoption of a law on life partnership for LGBT persons, but warned that a new labour law was passed as well that has additionally destabilised the status of workers and their rights.