Data on hatred and prejudices motivated violence in 2020 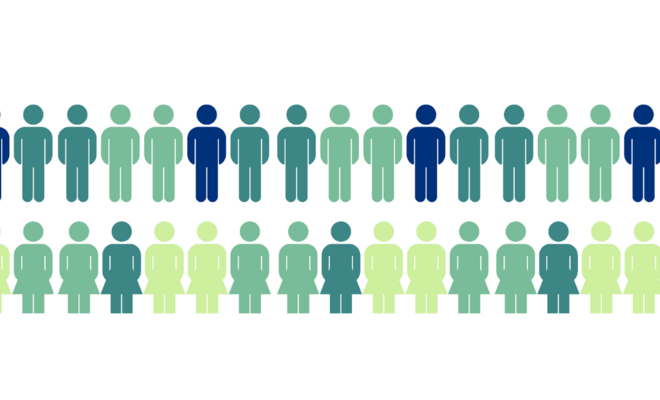 On the International Day for Tolerance, on 16 November 2020, OSCE Office for Democratic Institutions and Human Rights (ODIHR) published its data on hate crimes for 2020.

For Croatia, data is available here, containing mostly cases of damage to the property, threats and cases of physical violence, in two categories:

In 2020, the official data recorded almost twice as many cases of hate crimes compared to the previous year.

The largest number of such crimes (67) is motivated by racism and xenophobia. Discriminatory ground of sexual orientation and gender identity follows with a share of almost 10% in total or nine such cases.

According the type of criminal offense, one third refers to damage to property, which accounts for 28 cases. Threats or threatening behaviour follows with 26 cases.

As many as 25 cases refer to an unspecified type of crime, which is quite unbelievable for data from official sources, since it is about a third of the recorded hate crimes. There are six physical attacks and one theft or robbery.

Civil society data gives us information of 54 cases of hatred-motivated incidents in 2020, which is almost the same as in previous year when there were 53 cases recorded.

Most of the cases are motivated by racism and xenophobia, 38 of them.

Violent attacks against people in 2020 by the data collected by civil society included insults followed by punches, beating with various objects and were directed mostly against minority groups as well against migrants.

Threats recorded by civil society included messages or insults directed against people or property (cars, houses or other personal belongings) based on the minority affiliation of the victims.

One recorded case of violent attack based on biases against Roma refers to incident when a man threatened a Roma woman with death from her village, who also fired shots at her children.

Anti-Semitic attack against property refers to incident in which a memorial plaque to a prominent Jewish partisan was removed and destroyed.

Bias against Christians recorded by OIDAC[1] and Holy See include two attacks against property of the Catholic Church and one threat to majority Catholic community via social media post that called for the burning of Catholic churches.

One violent attack against persons with disabilities refers to an incident when a young man with a disability was severely beaten up by two men who also attempted to rob him. One of the perpetrators filmed the incident and posted the video on social media.

On the ground of sexual orientation or gender identity, there were seven cases of violent attacks against people.

Two cases include attacks against property on the ground of sexual orientation or gender identity.

Also, one threat on this bias is recorded.

What is the difference between a hate crime (under 1) and a hate incident (under 2)?

Hate crimes refer to criminal acts as recorded and reported by local authorities. These are usually recorded by police and then processed through criminal justice systems.

Hate incidents are those reported by civil society, international organizations and the Holy See. While these incidents might constitute hate crimes, they may not have been verified by the state authorities. ODIHR reviews every hate incident reported to ensure that those incidents displayed on the ODIHR site fall within the scope of the OSCE’s definition of hate crime.

The data also include information on hate incidents in 46 participating States, as reported by 136 civil society groups, UNHCR and OSCE missions. These contributions amount to 7,181 hate incidents, including 3,173 disaggregated statistical incidents and 4,008 descriptive incidents.

This article is published as a part of the project Facts against Hate, funded by the European Rights, Equality and Citizenship (REC) programme.

[1] OIDAC – Observatory on intolerance and discrimination against Christians in Europe.