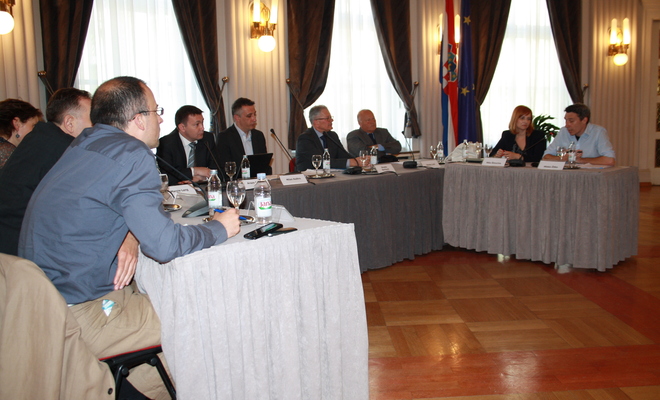 The European Commission (EC) wishes to come to a satisfactory solution with Croatia concerning the excessive macroeconomic imbalances and expects Croatia to resolutely implement the necessary reforms, a public debate held in Zagreb on Wednesday heard.

"We are aware that the solutions are long-term and will not change things overnight," the Head of the European Commission Representation in Croatia, Branko Baričevic, said.

He recalled that in mid-May the EC would give its opinion on reforms Croatia has proposed, recalling that in its recommendations the EC called on the country to implement structural reforms and that their implementation depended on the Croatian government.

"The European Commission does not have the role of a judge. It will assess reform processes in mid-May and then the EU Council will make a final decision," Baricevic said.

Deputy Finance Minister Maroje Lang believes that there will not be any sanctions against Croatia and "what is important is that as a society we ourselves decide where and how we want to live and what our country will look like."

He added that despite some indicators, Croatia had still not come out of the crisis, adding that the EC had prepared an excellent in-depth analysis of Croatia's macroeconomic imbalances and that Croatia had been set with the strongest "set of reforms."

"If we are the eighth country in implementing reforms of the 28 member states, that shows a high level of activity but we still have a lot of work to do to solve the problem of macroeconomic imbalances," Lang said.

The former finance minister in the ruling coalition, MP Slavko Linic believes that the main problem with the measures the government has proposed is to absorb and spend all the capital from public companies intended to finance new projects.,

This activity is funded by EU, IPA project Equality Surveyer, and is responsability of Centre for Peace Studies.

"To absorb all the profit from HEP, INA and other state-owned companies that made a profit would mean that there won't be any investing in them," Linic underscored. He warned that last year Deputy Prime Minister Branko Grcic deprived local and regional government units of part of their tax revenue which for the most part was allocated for development projects in those local units.

This activity is funded by EU, IPA project Equality Surveyer, and is responsability of Centre for Peace Studies.