Attack on the curricular reform 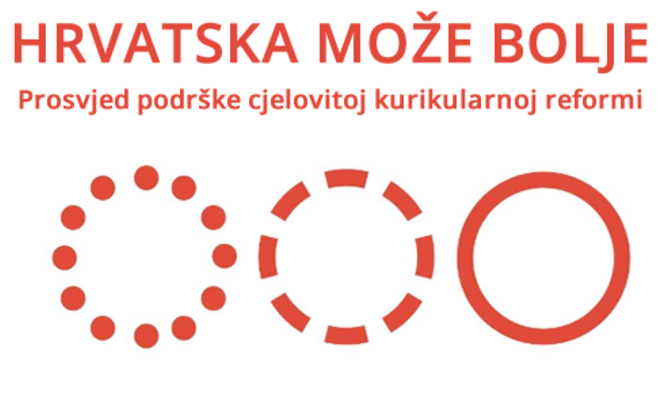 The curricular reform is one of the goals of the National Strategy for Education, Science and Technology adopted in the Croatian Parliament in October 2014.

The leader of the Expert Working Group for Curricular Reform and his team of 6 were appointed by the previous government, following a public call for applications to the position in the beginning of 2015. Their role was to design and lead the process, which they succeeded in the most participatory manner, involving more than 400 teachers and educators from around the country to develop new curricula for all subjects. The proposed curricula were subject to expert consultations during April and May, and after amendments supposed to be presented to the public for consultations during May and June 2016.

However, under the influence of marginal political options in Parliament (Ladislav Ilčić, leader of ultra-conservative HRAST, who also led the political attack on progressive civil society), this process is currently being sabotaged.  Namely, the Parliamentary Committee on Education has decided to expand the expert working group - consisting of 7 persons whose task is to co-ordinate - by expanding it with additional 10 persons for specific subjects. Although this alone indicates that the Committee does not differentiate between the tasks of coordination and subject-matter, the choice of subjects they list is also indicative. Namely, under the pretence that there need to be more experts from STEM areas, they nonetheless demand the inclusion of experts for the following subjects: Croatian, History, Pedagogy, Physical Education, Arts (the others five being Chemistry, Biology, Physics, Math and ICT). This decision of the Parliamentary Committee has been reached without participation of opposition representatives, as the session’s agenda has also been changed, without informing all members of the Committee.

The expert working group has decided to resign from their positions, as they view it as blatant political pressure on part of marginal political options who are dissatisfied with the fact that the proposed curricula, especially in social sciences do not reflect their conservative worldviews, but are rather adapt for 21st century and represent scientifically confirmed rather than biblically believed in truths.

In support of the curricular reform and the expert group, on Wednesday, June 1, citizens of Croatia will participate in demonstrations, organized by CSOs and trade unions and with support of more than 190 organizations from all over the country. So far show the following cities have been confirmed: Zagreb, Split, Osijek, Rijeka, Pula, Poreč, Dubrovnik, Zadar, Slavonski Brod, Korčula, Križevci, Bjelovar, Virovitica and London. The aim of the protests is to show that this reform is a crucial reform for Croatia’s future, that should transcend ideologies and governments, and that Croatian people refuse to be divided on this issue as well.  The demonstrations are taking place under the slogan Croatia can do better!