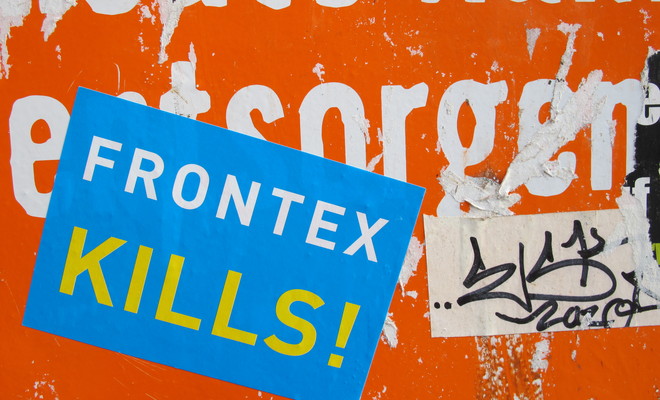 In December 2015, in the middle of the so-called “refugee crisis“, the European Commission has proposed to set up a European Border and Coast Guard Authority (EBCGA) as one of the key measure “to protect Europe's external Borders“. The aim declared by the Commission was a better management of migration, and the need “to offer a high level of security within the Union, while safeguarding the free movement of persons therein“.

It does not sound as breaking news, or something totally unheard. Actually, if we look back in time about 15 years ago, it is easily understandable that we are assisting to an history which repeats itself. The international environment in early 2000s was flooded with urgency and emergency discourses, with all the public attention focused on urgency and emergency dimensions. Terrorist attacks of 11 September 2001 and the subsequent bombings in Madrid (11th March 2004) and London (7th July 2005) led to a securitization of migration policies, thus creating a clear link between security, terrorism, migration and borders, which is not a logical and obvious connection. Securitizing speech has become embedded as in the common language as in the one of EU Agencies – just think about how different is to speak about “irregular migration“ and “illegal migration“ – , reiterating the assumption that sources of insecurity must come from “outside“, and that migrants to the EU are a threat for the public order.  In the wake of these general atmosphere of fear and insecurity, the EU response was a Feasibility study on the idea of a “European Border Police“, but the evaporation of urgency came earlier than expected, most likely because of the Member States ' great concern about the loss of sovereignty concerning border management.

The proposal made by the Commission not more than six months ago unites the European Border and Coast Guard Agency and the Member States' border guard authorities under the umbrella of a European Border and Coast Guard. This would mean thus that they would be jointly responsible for the management of the external borders of EU. While on one hand European institutions speak about an important step in the progressive Europeanisation of external border management, on the other side there is a clear tension with Member States' responsibility and competency. Infact, the fundamental premise of Member State's sovereignty is preserved, stating that “the Agency neither has its own border guards nor powers of command and control over national border guards“. However, the Agency would be the one with an operational role and responsible for technical strategy, thus reinforcing the already existing Frontex roles in the management of migration. In addition, it would give a supervisory role to it.

But what is new? Which are the peculiarities and turning points, comparing the role of the European Border and Coast Guard Agency and that of Frontex?

-Expansion of regulatory tasks: the creation of a new “monitoring and risk analysis centre“, to monitor “migratory flows towards and within the European Union and to carry out risk analysis which is to be applied by Member States“;

-Introduction of a supervisory role: the Agency may assign liaison officers to a Member State “in order to monitor the management of the external border“ in that MS. It will supervise and identify operational weaknesses in border management systems and improve border management activities;

-New procedures for direct and urgent interventions: for cases in which a MS  “does not take the necessary corrective action [...] or in the event of a disproportionate migratori pressure at the external borders“, a set of measures will be identified and implemented in order to not put at risk the functioning of the Schengen area, including the deployment of “European Border and Coast Guard teams for joint operations and rapid border interventions“, creating a rapid reserve pool;

-Establishment of a Return Office, thus strenghtening the role of the Agency on return. It will “coordinate and organize return operations and return interventions from one or more Member States, and promote their organisation on its own initiative to reinforce the return system of the Member States which are subject to particular pressure“;

-New powers for the exchange of information: the Commission proposal broaden the Agency's access, collection and permission for processing personal data. It allows the Agency to process personal data relating to all irregular migrants, thus being the central hub of information exchange;

-Developing the hotspot approach: it will become “a key task for the Agency“, providing support to those MS for screening, registration and fingerprinting. It has been designed to assist frontline MS which are facing “disproportionate migratory pressure“ at the EU's external borders. The first public complaints stated that Hotspots appear, rather than made for relocation, to be the places where you implement questionable and controversial methods of distinction between refugees and so-called "economic migrants". In this way return practices are increasing. At the moment Italy and Greece are the first MS where hotspot approach is taking place. As announced by the head of the information office of the Astalli Center of Catania in cases of Pozzallo in an interview with Social Editor, the obbligation to leave the country in 7 days is notified to people, usually without giving them the means to do that. Moreover, usually the individual situation is not even assessed, as it is required by the law, thus compromising the right to seek asylum;

-Establishment of a complaint mechanism – as an administrative mechanism – to examine fundamental rights violations in the course of activities carried out by the European Border and Coast Guard Agency;

-Right to intervene: on one hand, the Agency would have the right to intervene in situations at the external borders that require urgent actions. The Agency could face this condition in case of a Member State that does not take in consideration the Management Board's decision to remedy weaknesses identified in the Vulnerability assessment, or in the event of disproportionate migratory pressure. This poin is at the very least controversial, as on the other hand the Agency's intervention would be still based on an operational plan approved by the Member State itself (proposed, anyway, by the Executive Director of the Agency)

The Commission is also proposing some modifications of the Schengen Borders Code, in order to reintroduce the obligation of carrying out systematic checks at the external borders on all persons, thus including also European citizens that are enjoying the right of free movement under Union law, “to further increase security for Europe's citizens“. (http://europa.eu/rapid/press-release_IP-15-6327_en.htm ) (Schengen borders code: http://eur-lex.europa.eu/legal-content/EN/ALL/?uri=celex%3A32006R0562 )

It can be said that the proposal of the Commission does not provide the Agency with any independent executive powers. It has been criticised to be a “cosmetic exercise“, something made just to make the organization look good in the eyes of the others, thus making no material difference and resulting in a “Frontex+“ which keep on being dependent on the Member States. Thus the notion of shared responsibility “remains legal fiction than reality“. However, considering what has been mentioned above, the Agency will be importantly strengthened.

The most critical points, the one concerning the right to intervene and the one regarding respect of human rights, are still under constand discussion and emendments. What is important to mention is the clear link between these two points. If on one hand the right to intervene is criticized by right-wing oriented countries like Poland and Hungary for the reluctance of giving EU too much of their sovereignty on border issues, on the other hand it is being questioned by left-wing oriented parts because of the vacuum of responsibility concerning human rights protections during the Agency's activities. German Green MEP Ska Keller questioned “Who is the one in charge, who is responsible for fundamental rights violations? It is a problem when the competences of Frontex are mixed up with those of member states, when equipment is co-owned” she said. Another remark should be mentioned about fundamental rights compliance mechanisms: there is no clear basis on which the Executive Director should assess fundamental rights violations, and there is no reference to a possible role for the Fundamental Rights Officer (http://www.europarl.europa.eu/RegData/etudes/STUD/2016/556934/IPOL_STU(2016)556934_EN.pdf)

At the moment, after all the emendments made by the European Parliament, the phase of the “Trilogue“ between the EU institutions is still in place since 31th of May. What has been declared during the press conference on the 31th of May by the rapporteur Mr. Pabriks, a centre-right Latvian lawmaker, Member of the European Parliament, is that the Agency “could be operational already this autumn“. The legislative process has been incredibly fast for EU standards, considering that the Commission presented the proposal in December 2015.

Again, it seems that urgency and emergency are the pretext to put in place questionable regulations and laws, in the name of the so-called “refugees crisis“ which has nothing to do with the originary definition of “crisis“. It can be said that this is a crisis for refugees, but not for Europeans, as the UNHCR spokesman pointed out. Migration phenomena has nothing to do with crisis, temporality, emergency. For sure, this is an opportunity for Europe to start questioning its basic values, and recognise its weaknesses and start working on them. This is the new now. And it should be faced keeping in mind this, and not on the wave of emergency.