They Were Some Kind of a Solution 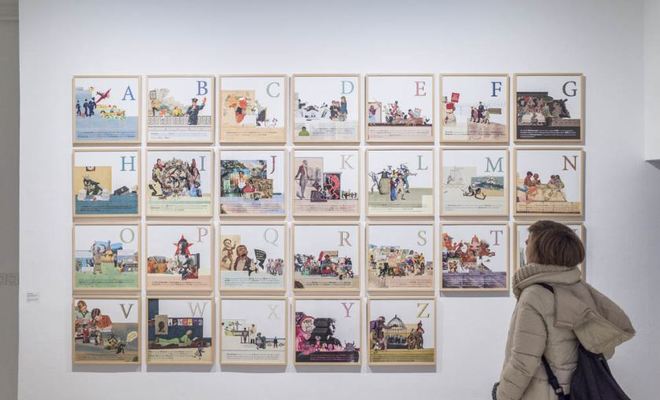 The project They were, those people, a kind of solution is a long-term collaborative platform of What, How & for Whom/WHW from Zagreb, Tensta konsthall from Stockholm, eipcp - European Institute for Progressive Cultural Policies from Vienna, and Centre for Peace Studies (CMS) from Zagreb.

The title of the project They were, those people, a kind of solution comes from the poem Waiting for the Barbarians, written in 1898 by a Greek poet Constantine P. Cavafy.

The poem depicts a day in an imaginary city-state where everything is suspended in waiting for the arrival of "the barbarians". A poem's suggestion of an impasse in the face of the crisis, and its implicit argument about the political constitution of society by which it defines itself through the act of exclusion, speak to a present moment in which Europe is facing what media designates "the world’s biggest refugee crisis since the second world war".

The current refugee crisis has brought about xenophobic demonstrations and attacks on asylum-seeker shelters, fuelled by years of shift in public opinion that called for unified cultures and nations, but it also instigated impressive displays of solidarity and compassion. How this tension will develop depends on the outcome of the wide-ranging public debate about Europe's willingness, need and ability to deal with immigrants fleeing war and poverty.

The project starts from the position that focus on border controls as solution turns a blind eye to the fact that in itself Europe is traversed by fundamental conflicts and that immigrants are often used as scapegoats for economic crisis and declining living standards in Europe. It also looks into different waves of migrations to Europe as played out in the historical phenomenon of Gastarbeiters (guest-wrokers). The Gastarbeiter – and this hypothesis is the point of departure of this project – was in fact a symptom, a premature messenger of the inner contradictions of capitalist system, that have only recently developed into a full-fledged crisis, expanding beyond mere economics to incapacities in dealing with ever-deepening divides between "North" and "South".

Artists and cultural workers from various European countries and beyond take part in the project by addressing social transformations brought about by the migration of labour in various international contexts.

The project They Were Some Kind of a Solution is funded through European Union’s Creative Europe program.